My first time at Raptus, the annual comic book festival in Bergen here in Norway, was a blast!

During the 4 days I’ve never learned so much, made so many cool connections and had so much fun. All in the name of comics. Great comics.

The primary reason I went to the festival was to attend Howard Chaykin and Mike Perkins’ storytelling seminar. It was dirt cheap but utterly brilliant. Interactive and insightful. With the bad cop and antichrist running the show! If you ever have a chance to go to anything similar with Howard and Mike, go. Go now.

But the best thing was to get to know all the great guests. Howard and Mike. Canada’s only cheap blonde Nina Bunjevac. Mike Music Collins. The lovely Gail Simone and her husband Scott. The Ontonauts boys who I’ve met before. My artist and friend Laszlo Seber. Kim Holm, who’s done stuff for Outré. The ÜberPress guys and the rest of the great creators there.

Apart from the atrocious venue this was the best weekend I’ve had in comics so far. Laughs, knowledge and new friends.

Mike Perky. And Howard with the ladies.

Gail and Scott. And Laszlo’s head. 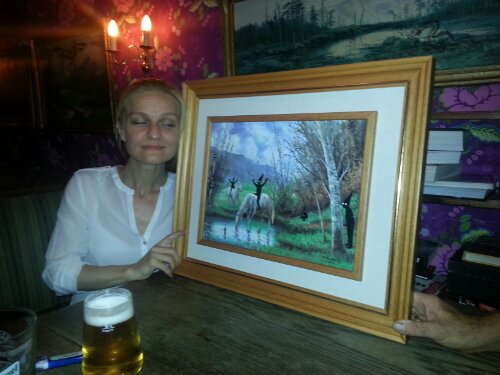 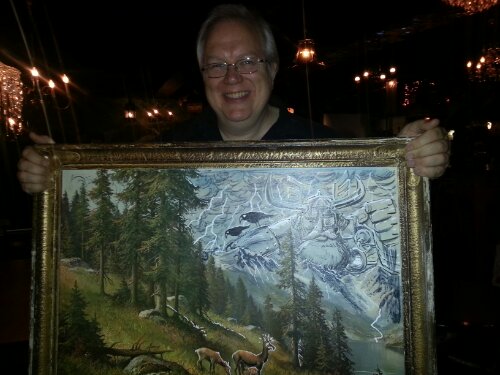 Mike Collins drawing Odin where he should be. 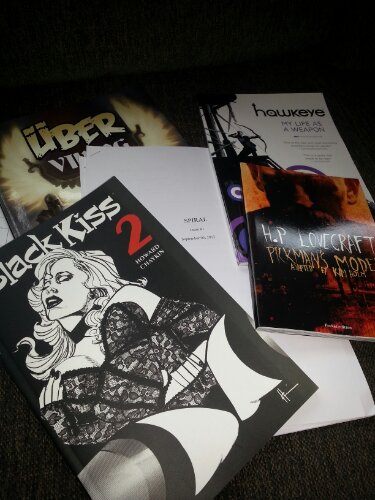