Here are six cool Kickstarter projects you should all have a look at.

Imaginery Drugs, a comic book anthology of great stories made by supertalented people. 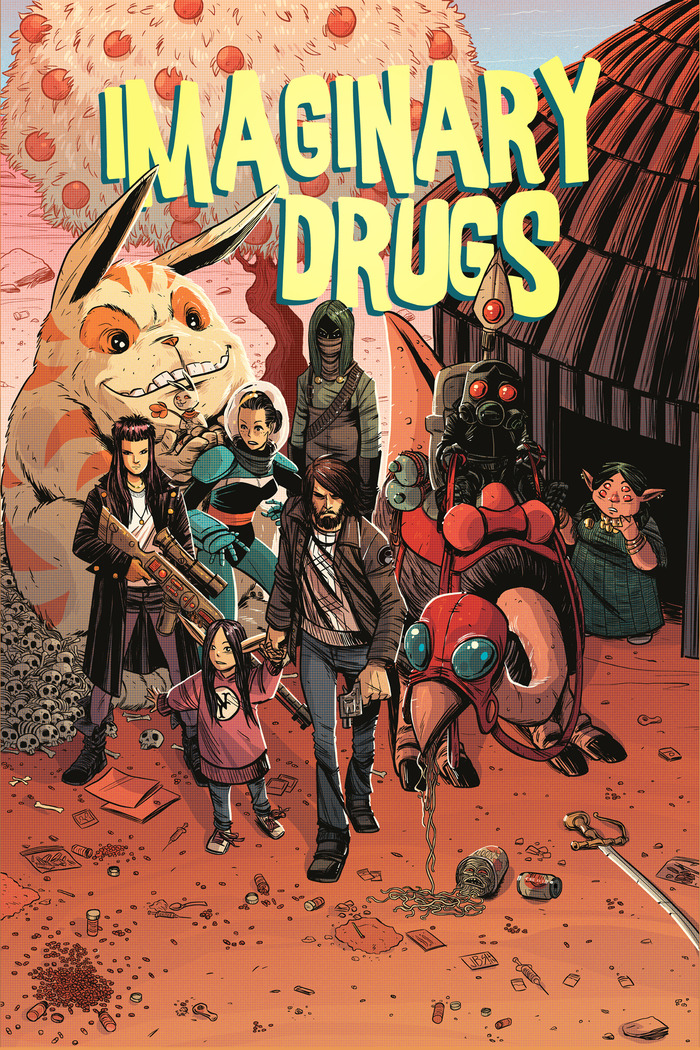 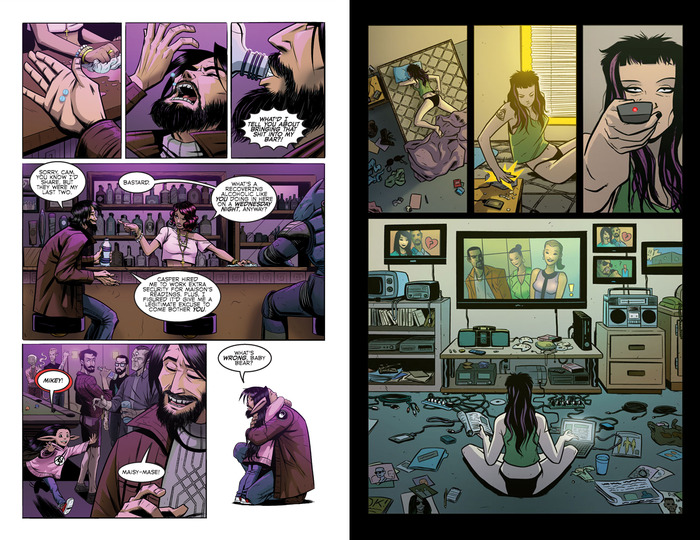 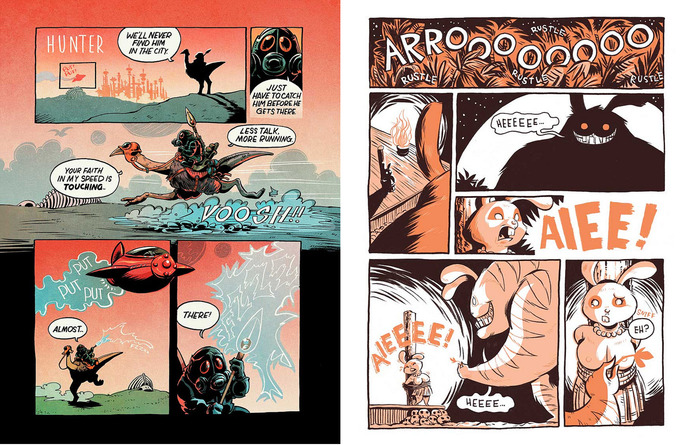 Memoirs of the Mysterious, another comic book anthology, in the vein of the Twilight Zone and The Outer Limits. 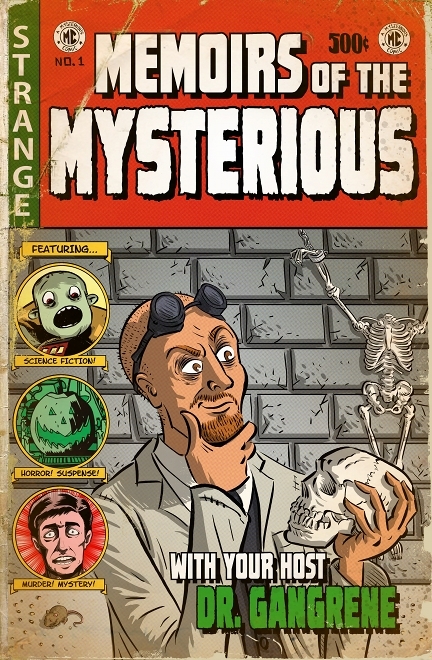 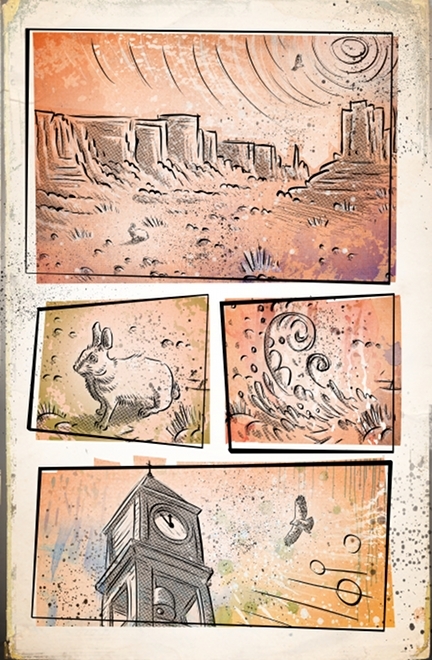 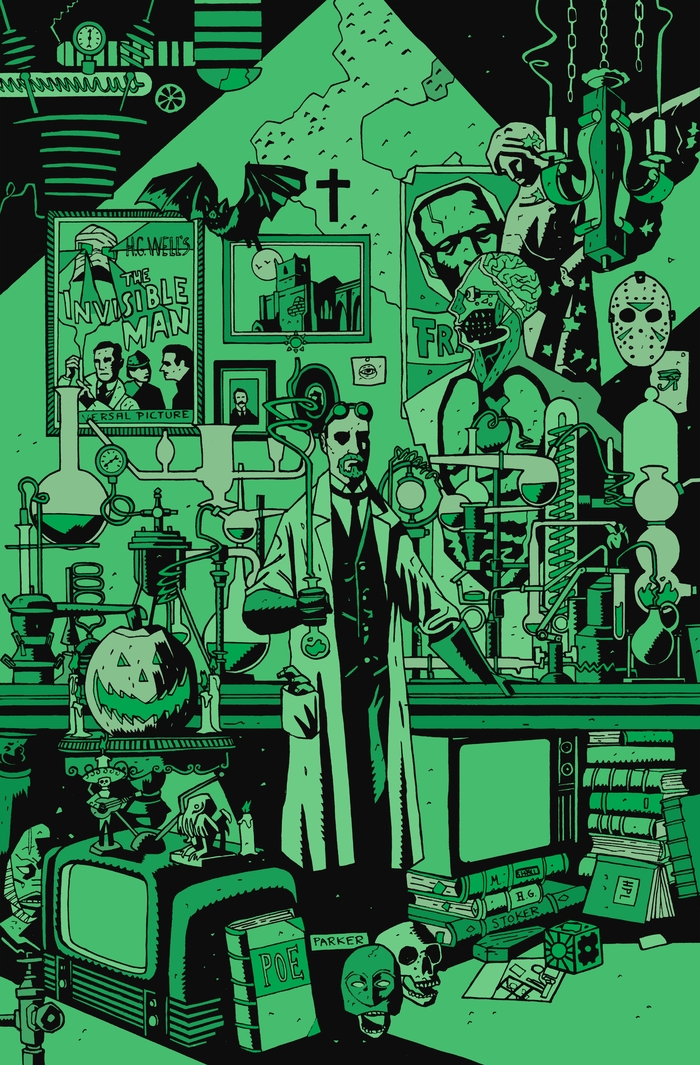 The Spider King, a fun graphic novel of, nope, not spiders, but of Vikings battling aliens. 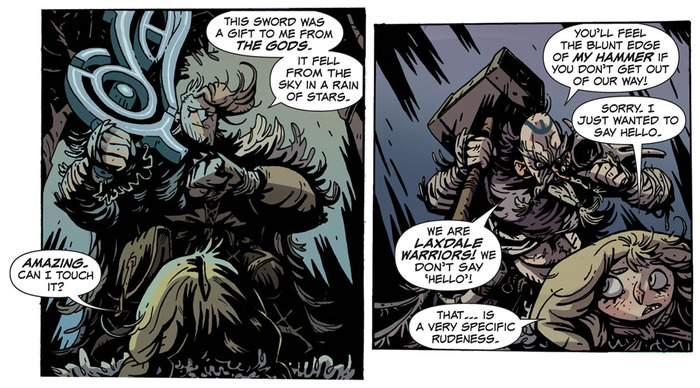 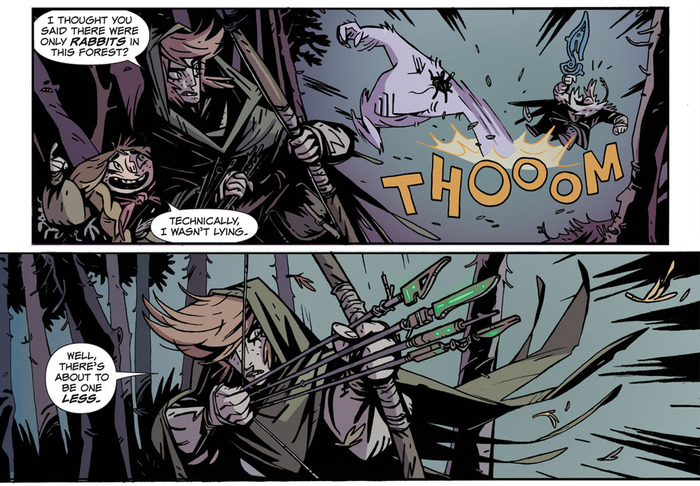 Forgotten Planet, a comic book series about the mystery of Pluto. 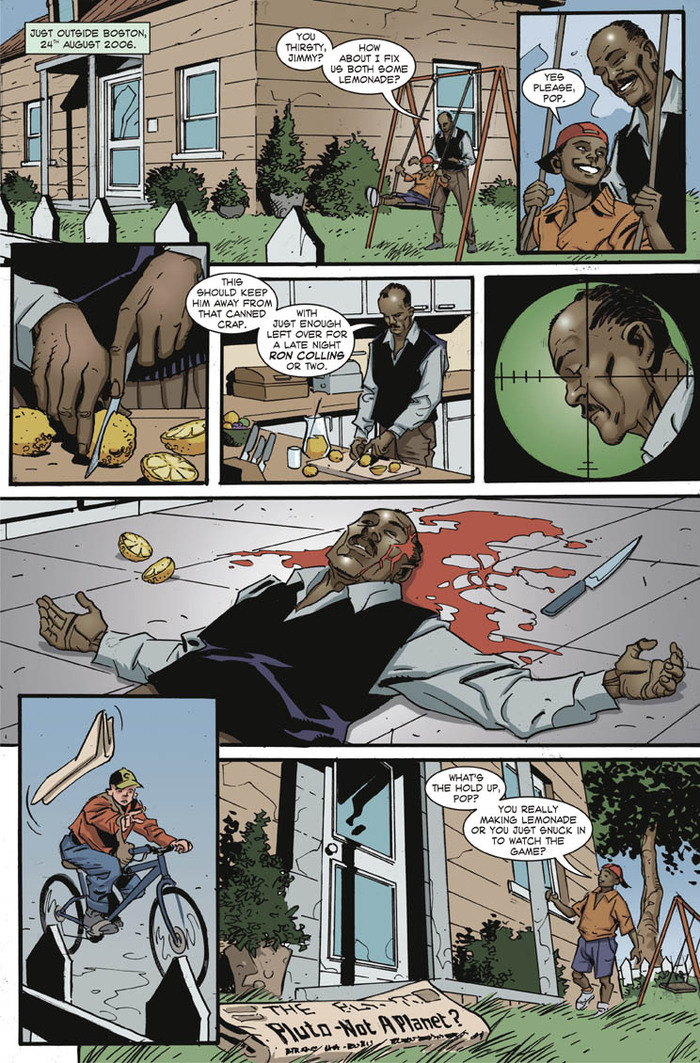 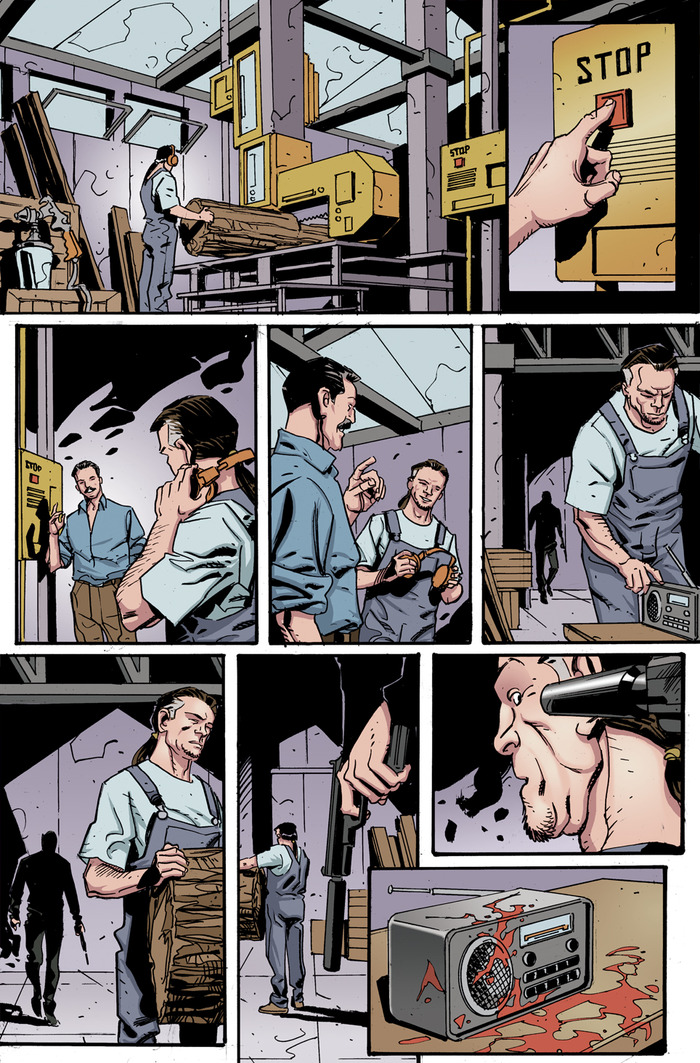 Festival of Magic, the rpg game I’m writing for. 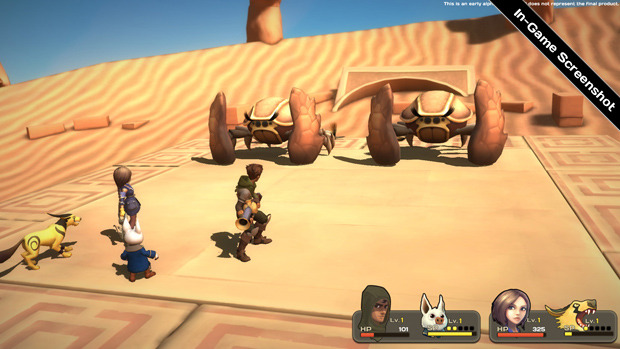 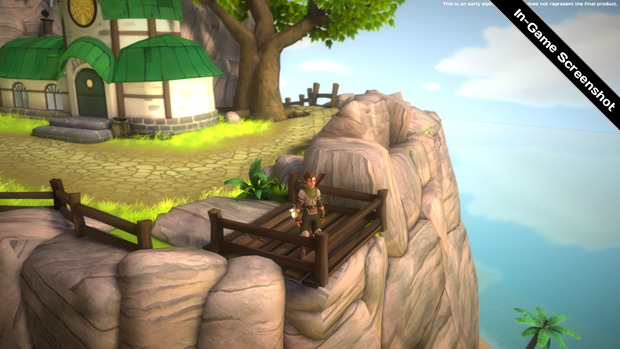 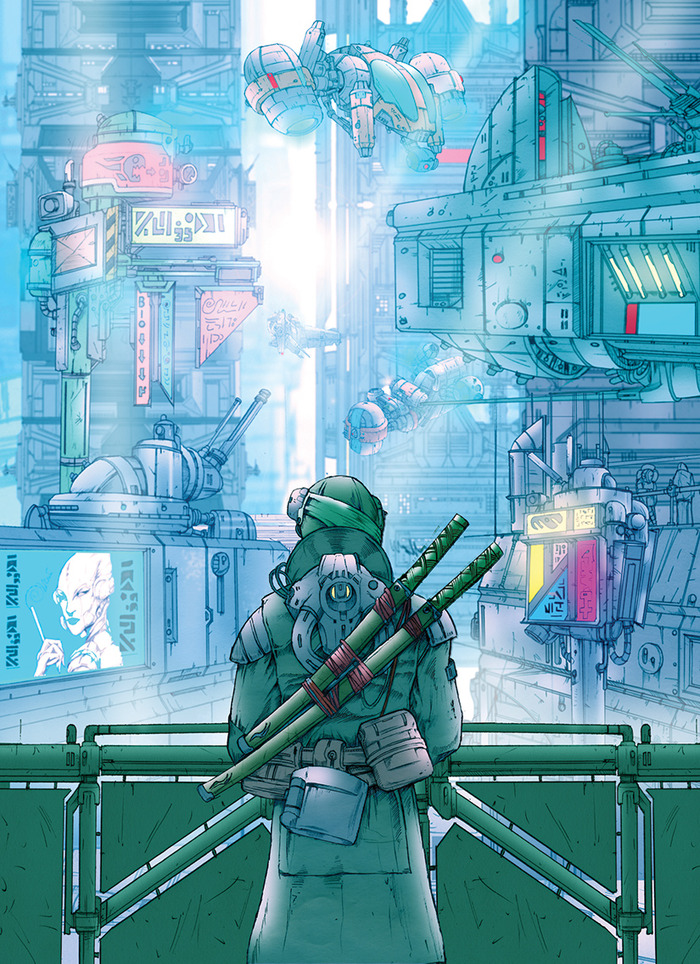 December campaigns are tough ones, so if you see anything that interests you, do pledge and give them a helping hand by spreading the word.

My first time at Raptus, the annual comic book festival in Bergen here in Norway, was a blast!

During the 4 days I’ve never learned so much, made so many cool connections and had so much fun. All in the name of comics. Great comics.

The primary reason I went to the festival was to attend Howard Chaykin and Mike Perkins’ storytelling seminar. It was dirt cheap but utterly brilliant. Interactive and insightful. With the bad cop and antichrist running the show! If you ever have a chance to go to anything similar with Howard and Mike, go. Go now.

But the best thing was to get to know all the great guests. Howard and Mike. Canada’s only cheap blonde Nina Bunjevac. Mike Music Collins. The lovely Gail Simone and her husband Scott. The Ontonauts boys who I’ve met before. My artist and friend Laszlo Seber. Kim Holm, who’s done stuff for Outré. The ÜberPress guys and the rest of the great creators there.

Apart from the atrocious venue this was the best weekend I’ve had in comics so far. Laughs, knowledge and new friends.

Mike Perky. And Howard with the ladies.

Gail and Scott. And Laszlo’s head.

Mike Collins drawing Odin where he should be.

The seed of a new project grew out of a hole, so to speak. Mesmerized by the humongous sinkholes that appeared in Guatemala, and particularly a minor one, appearing in the bedroom (!) of an elder woman, a story about a girl’s struggle to be both carer and child in her family came to life. A dark and scary story, with heart and soul.

This was back in 2011. And while I was working on my main screenplay for my Master’s degree, the story about Rosanna and her dog Ciko, Jesus, her little brother and her grandfather, Arturo, slowly started filling the pages.

Late 2011, an artist who I was keen to have with me on the story came aboard, but disappeared after a while. The project was on ice for quite a few months, as I was busy with other scripts and screenplays. But I finally, as spring arrived in 2012, found the energy and time to look for the perfect artist.

Nothing turned up, really. This was a collaboration, no upfront pay. My offer was splitting the property 50/50 with the right artist. Which means it was hard, next to impossible, to find someone who had the level and commitment the project needed. Several of my fellow comic book creators really liked the project and would gladly have joined, had their schedules allowed it. Summer came, and I had almost forgotten about my “call to artists” for the project. My energy was focused on screenplays, on getting stuff finished, especially my MA degree.

And then, when several projects were moving ahead and my schedule was brimming, that perfect artist answered my call. The lovely character designs and sketches you’ve seen accompanying this article come from Steeven (@YdAofficial on Twitter), a fantastic illustrator, letterer and graphic designer.

We are working on the so-called “pitch package” at the moment, which means a document with the sole aim to “sell” the project to publishers and editors. In broad strokes it consists of the pitch, which summarizes the story into a short sweet paragraph with punch, a brief synopsis/outline of the story that reveals more details than the pitch, but only the important parts, and last, but definitely not least, a bunch of finished pages, meaning coloured and lettered. All this is supposed to give the editor/publisher a good sense of the story, the quality of the product and the potential it has in today’s market.

I’ll blog more about the project in the future and reveal the story, with some pages and script snippets. Maybe I’ll even reveal the title and which publishers we are in contact with. Meanwhile, follow Steeven on Twitter and check out his website!